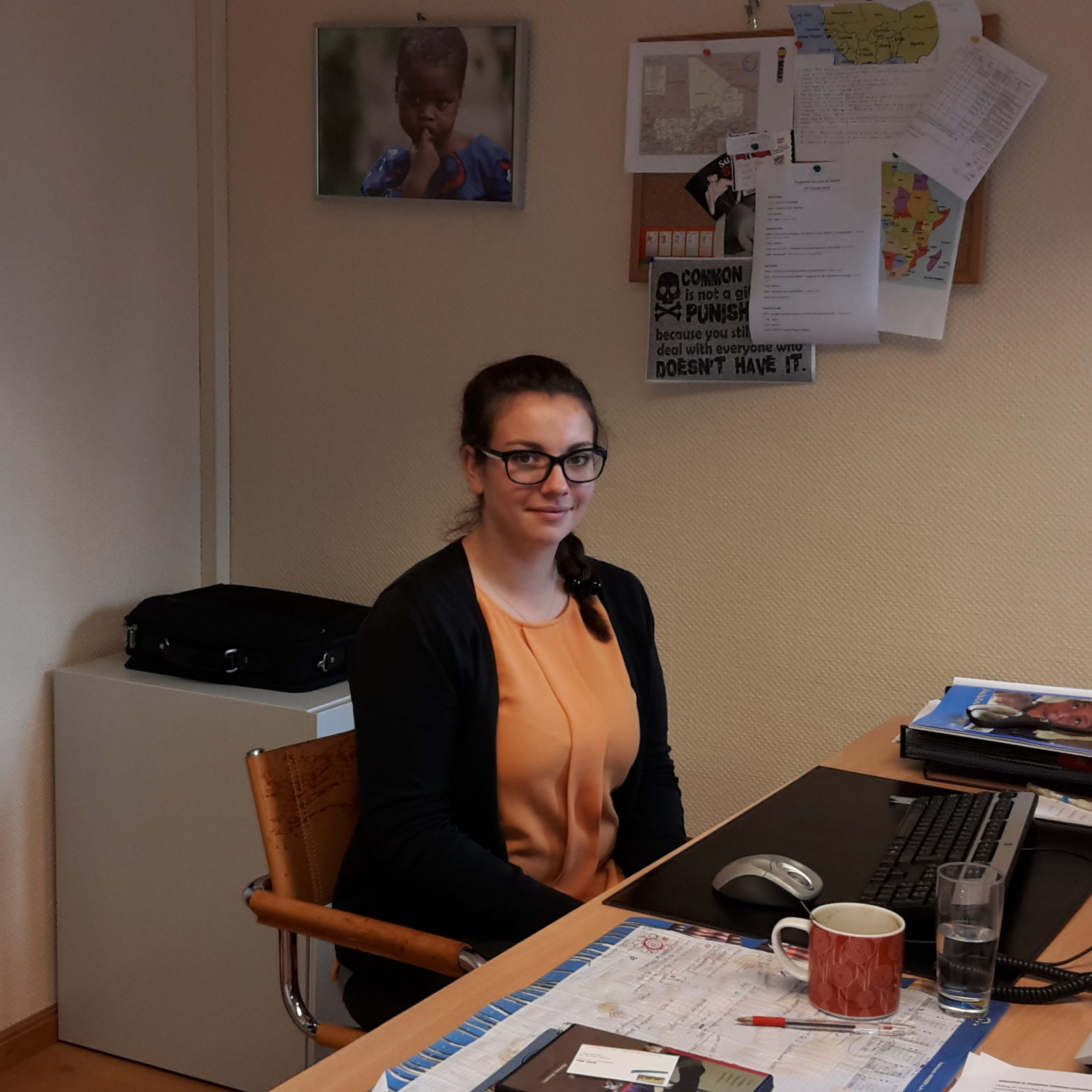 An internship at FFL

Finding an internship in Luxembourg did not seem to be the easiest task when I first started researching vacancies. Studying international relations and literature, I had the very strong impression that opportunities did not exactly come in abundance in the Grand-Duchy.

After a while, however, I found Fondation Follereau Luxembourg, an NGO that operates principally in African countries. “Ah that’s the one against leprosy”, people would exclaim when I told them about it. I started researching on their website and quickly found out; yes, it is about leprosy, but the tropical disease is no longer their only target. In fact, they address many different problems like female genital mutilation, reintegration of street children into society, vocational training opportunities, as well as mother-child health issues amongst others. However, I should not be saying “they” when I talk about Fondation Follereau, because the first thing I had to understand when I got there was that from that moment onwards, I became part of the “we”. I was amazed by the strong teamwork feeling I got right from the beginning and how I got immediately plunged into that team bringing with it all the responsibilities of meeting deadlines, understanding one’s duties and being aware of the impact each and every one has on the teamwork.

The initial nervousness vanished quickly as I was introduced to the work that has been done since 1966 and everybody explained what their exact job is. I wanted to work in the office of an NGO as I was curious about the work that has to be done in the background of a project. But never would I have imagined how much is actually going on; it was like having a revelation when I realised how many different tasks there are. The team is composed of project managers, PR managers, finance officers and more, building up to a group of nine people. I gained an internal view of all the different steps that have to be followed. First of all, the project managers have to choose projects that they esteem could work and that can also go hand in hand with the Fondation’s philosophy of not imposing help on the ones we believe to be in need but rather work together with those who know the problems best, namely the locals. Then they formulate a case for the chosen project for consideration by the director, the team and the administrative council. Once that’s done, the PR team is in charge of communicating the new projects to the outside in order to keep the public up to date and to raise money. Then, when people, institutions or organisations donate, there are people in charge of making sure the money goes exactly where it is meant to go. As long as a project lasts, employees and the director keep having different duties to fulfil in relation with it. Currently, 35 projects are being carried out, so you can imagine how busy everyone is.

Thus, I was immediately completely involved; my first day started off with the biweekly team meeting, a briefing session, which ensures that everyone knows what the others are doing and everything can run smoothly. Then I went with Tina, who is in charge of development education, to one of her class workshops and I got hooked! In the following weeks I was allowed to accompany her to all workshops and could even sometimes run some of the educational games. That’s how I had my second revelation; an NGO does not necessarily only raise money and awareness but actually educates school-children and students, makes them sensitive to more global issues and discusses how to solve those problems. This means that NGOs do not only support poorer nations’ development but they also assume a role in civil education within their home country. This actively involving young people aged between 7 and 16 years old was one of the most rewarding aspects of my internship. Other than that, it helped me a lot that I was treated as an equal in the team, with my input being as important as anybody else’s. I was even asked to proofread different kinds of texts and entrusted with the translation of the annual report. These responsibilities, that were intimidating at first, turned out to be empowering and confidence-strengthening.

So… what am I taking with me from this internship? Well, I’ve learned quite a bunch of things. First of all, the work of the ones that “no one sees” should never be underestimated; there is a pile of duties that need to be tackled before, during and after each project. Second, team work is the key and answer to just about everything; like the cogwheels of a clock, each one has to run in accordance with others, otherwise it doesn’t work. Third, and possibly most importantly to me on a more personal level; everyone has to start somewhere, get out of their comfort zone and trust themselves.  At Fondation Follereau, I was lucky enough to have a whole team supporting me while peeking into the professional world of development aid.